In 1948 Bernard Lovell and his wife Joyce were looking for a place to live in Cheshire. They found a suitable property in Swettenham up for auction that day, it was duly purchased and shortly after the then Quinta Arboretum came into being. (Quinta means ‘country house’ in Portuguese.)

Creation of the Arboretum

Development took place over a number of years with land being acquired to extend the site. Sir Bernard’s aim was to collect one example of every tree and shrub listed in the then five volumes of W J Bean’s seminal reference work Trees and Shrubs Hardy in the British Isles that would grow and flourish in Cheshire. During the development a lake was excavated and lined with ‘puddled clay’ to form an significant landscape feature. Part of the design included avenues and groves to enhance the layout. As the Arboretum was established plants were presented, donated and sourced from a wide range of places, a number being used as features to mark major events in Sir Bernard’s life. He was also meticulous in keeping records including hand drawn plans and a card index for each plant. Some 15 years ago all the records were digitised onto Arboretum DB, a specialist programme designed by R. McIntosh and R. Taylor (the Arboretum’s curator) and sold through Pear Technology Services.

As Sir Bernard, Fellow of the Royal Society, collected honours and awards following his achievements in the then new science of radio astronomy, he also developed additional areas and plantings in the Arboretum to commemorate these events in his life. Today, many of the grassy avenues and glades are marked by commemorative names. His great radio telescope at Jodrell Bank can be glimpsed from the Arboretum through the trees which he planted. The best place to see this is toward the western end of the great avenue looking north. Worth noting on a visit are the Reith Avenue to the south of the lake. This is a double row of red twigged limes planted to celebrate the lectures given by Sir Bernard. Franklin Avenue, another feature, commemorates the winning of the Benjamin Franklin Medal in 1980 and is the main access running down the middle of the arboretum with a fascinating range of plants on either side.

“Very peaceful, enjoyed the birds and seeing the ancient Oaks and the beautiful avenues of trees.“ 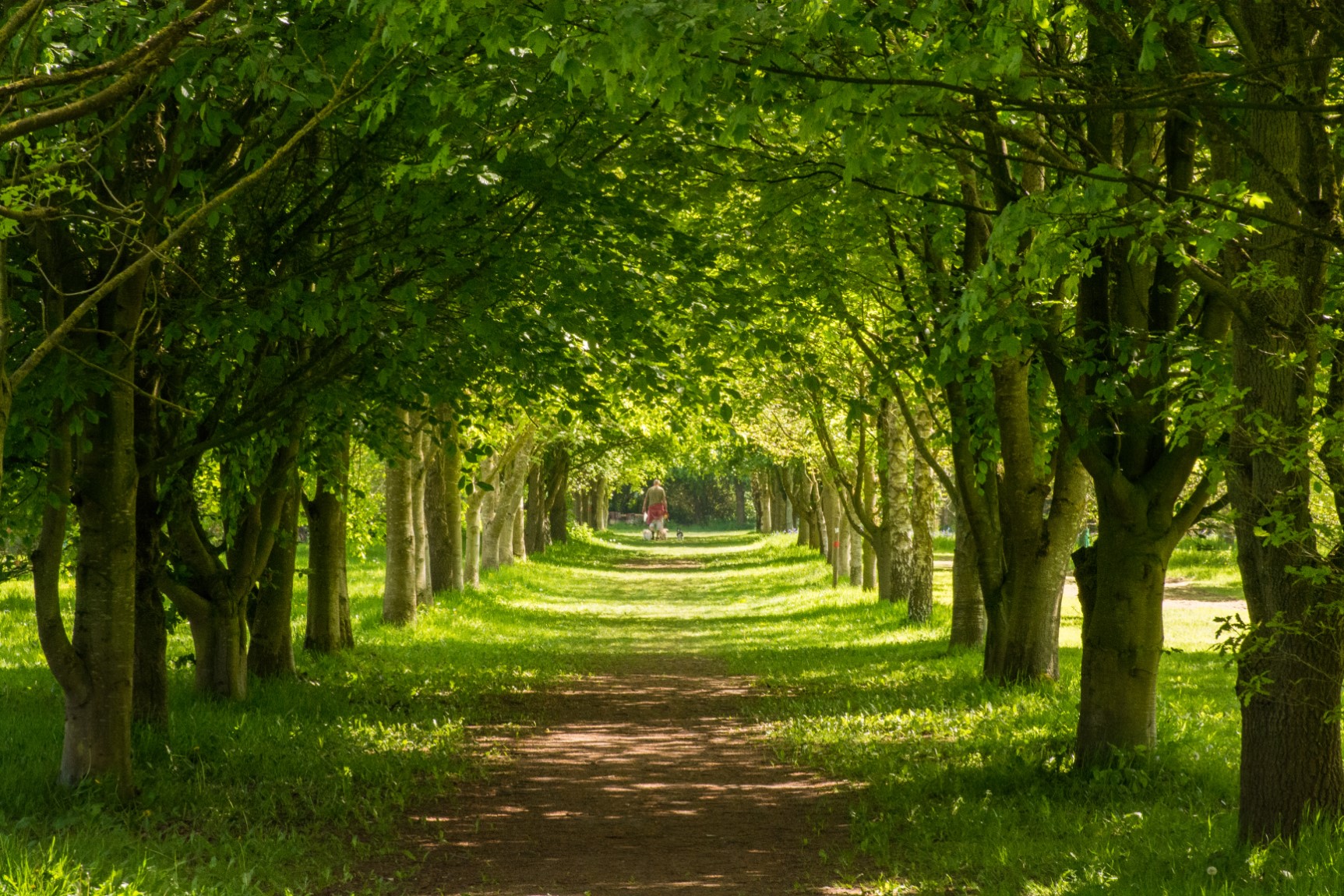